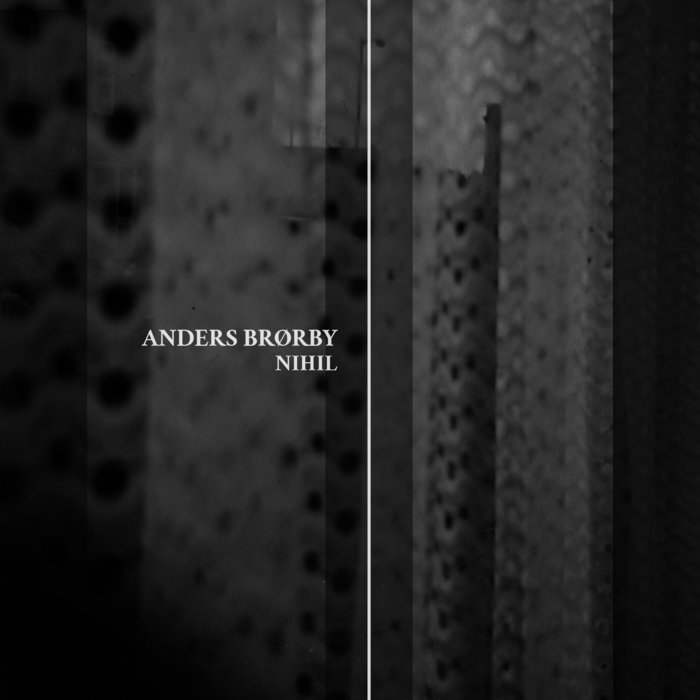 Clust3r Like drinking beer through your ears. Delightful. Favorite track: From The Window Above The Lake.

Dotflac Nihil is far more than its title.

Even if it depicts an alternative world ravaged and ruled by industrialization, where humans are corrupted souls barely sharing traits with their ancestors, forbidden and unable to feel, a pale reminiscence is still glowing underneath.

A faded memory of better days, like the elderly once told, slowly turning into an inextinguishable hope to see the light piercing the heavy clouds permanently darkening the earth.

Beautifully balanced. Favorite track: I Will Always Disappoint You.

Music Won't Save You

Nihil is the new album from Norwegian composer and sound artist Anders Brøby. Dealing predominantly with life's endless existential challenges, Nihil is a dark, brooding, mysterious record that hides away in shadowy corners, occasionally coming out into the light.

These ten heavy-hearted, dreamlike tracks give you the raw atmospheres of nothingness; a logical consequence of human absurdity and the destruction of man and other life forms. It's a beguiling listen, full of heaving, reverberating spaces and mournful melody.

As a founding member and songwriter in progressive / psychedelic band Radiant Frequency, Brørby musical occupation between 2004 – 2012 was mainly on singing, writing and playing in a band setting. Elements of this approach found its way into the first solo works, which was a mixture of progressive synthpop and experimental ambient soundscapes, as well as acoustic songwriting. After moving steadily away from the rock scene, recent soundtracks and solo material strips away the last elements of traditional song writing, focusing on atmospheric, ambient experimentations with pure sound.

"Progressive, resounding, and richly industrial, ‘Nihil’ flows from one spiraling track to another without ever pausing for relief. It’s a compounding glimpse into the inner workings of a dark space, offering little sense of remorse for the feelings it conjures up." Anthem

Written and produced by Anders Brørby