Nanook of the North

by Christine Ott and Torsten Böttcher 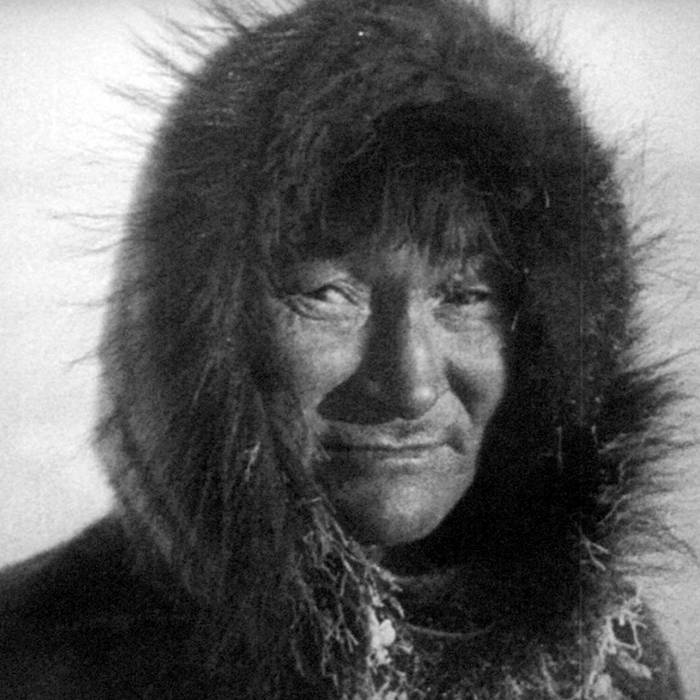 nofatclips 3rd listen: Well, it's the perfect soundtrack for this week since it's totally freezing right now!

2nd listen: the music paints a cinematic landscape that is lively and cold at the same time.

1st listen: beautiful album found via their record label sampler. it made me remember that the movie has been on my watchlist since forever Favorite track: Nanook.

Nanook of the North tells the daily life of the Eskimo family living in Hudson Bay. Fights for life, constant shifts, fishing, seal hunting... The spectator shares the life of the family of the far north. "The magic of the film lies in the fact that they are themselves and that they are not comedy. They are." says Robert Flaherty. Christine Ott's sober compositions combined with unusual timbres by Torsten Böttcher marry these images together and bear witness to a great simplicity and humanity.

This live soundtrack creation was first commissioned to Ott in 2013 by La Rochelle International Film Festival. Ott is internationally known for her Ondes Martenot playing; but this time we do not discover Ott playing Martenot, as in the recent soundtrack she did with Snowdrops to the movie Manta Ray. In agreement with Flaherty's film, she decided to work with acoustic instrumentation, of skin, of hammers, of breaths... She's playing piano, percussions, gong, and decided to invite Torsten Böttcher to add hang, kalimba & didgeridoo.

Ott met Böttcher in 2011. She was impressed by his hang drum playing. Torsten has collaborated with renowned world music players, jazz formations and also orchestras. They first collaborated for Ott's Tabu soundtrack, created in 2012 and released in 2016 on Gizeh, also as part of the labels Dark Peak Series. One year later, Ott and Böttcher co-composed this new live soundtrack - again on a Robert Flaherty movie, travelling from the south of Bora Bora to the far north of Nanook.

This very acoustic set is deeply linked to the rough life of Nanook and his family. The setlist is mainly balanced between Ott's piano pieces (the main theme Nanook, Kayak Fragile, Lights) and Böttcher's hang lead works (Family, Igloos, Tâches ménagères). We can feel in the compositions and in their playing the sincerity and the beauty of each gesture of Nanook's daily life. One of the highlights of this live recording is the haunting duet Première chasse / Walrus hunting, in which Ott's bouncing piano playing is perfectly responding to the groove of Böttcher’s hang, in an almost jazz influenced sequence.

Ott & Böttcher reworked this creation during 2018 in Strasbourg. This recording is a bit shorter than the stage version, but keeps the movie's frame. And at the end, the last piece ...Et le blizzard resonates as a magnificent repetitive track in this majestic but relentless North; Nanook died of hunger, two years after the shooting, during a particularly disastrous hunting expedition. But we are not about to forget his radiant face and his courage for eternity.

Recorded live in Cheval Blanc, Schiltigheim
by Eric Gauthier-Lafaye, May 2018
Edited and Mixed by Mathieu Gabry, 2019

Warm and special thanks to Eric "Rico" Gauthier-Lafaye and Sara Sghaier for making this recording possible.