Let Your Hands Be My Guide 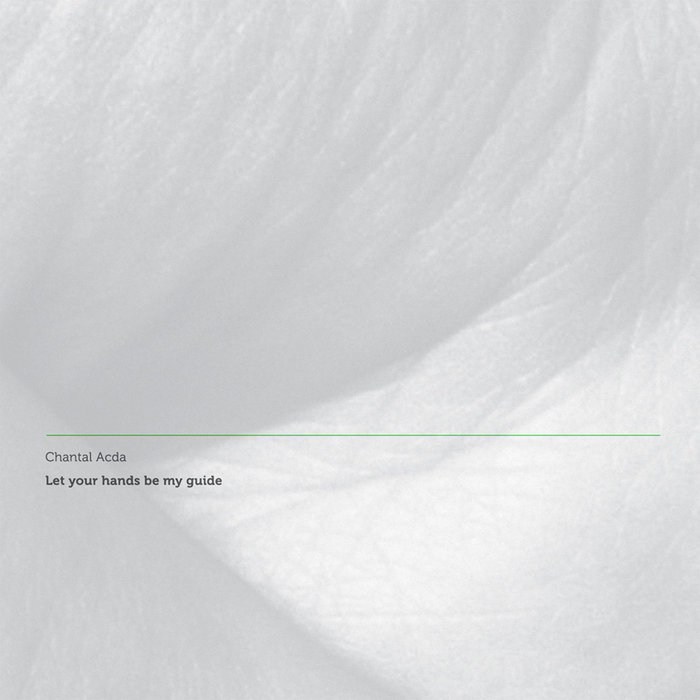 Geoffrey Elgey Hushed and beautiful tunes, and a lovely voice. Every track is a fragile teardrop of perfection. Except for the last track, where some questionable percussion ruins the mood. But 8 out of 9 ain't bad :-)

Currently based in Belgium, Dutch-born Chantal Acda (b. 1978) has worked under the Sleepingdog moniker since 2006, making three acclaimed albums that closed on the ‘With Our Heads in the Clouds and Our Hearts in the Fields’ (2010) album for which she collaborated with Adam Wiltzie (Stars of the Lid, A Winged Victory For The Sullen). They toured the UK and Benelux with Low in 2011.  After all this, it was time for her first real solo record. Playing in various formations had made her conscious of the patterns that we all, as humans, share in. So, she sought out kindred spirits with whom she might record an album filled with freedom and intensity, and who were conscious of the patterns we so often fall back on.

Nils Frahm was the first of these to cross her path. The inventive German pianist and producer is an intense and adventurous performer and was a perfect match for this project.  Acda also experienced a direct bond with Peter Broderick, a multi-instrumentalist known from his solo work (on labels such as Bella Union and Erased Tapes) and from his work with, among others, Efterklang.  Cellist extraordinaire Gyda Valtysdottir from Icelandic group Múm had previously worked with Chantal as a member of the Sleepingdog live band. And lastly, Shahzad Ismaily stumbled into this picture by chance, but when Acda and he found themselves in the same room they formed an instant rapport.

The circle completed, Acda had found the 4 worlds that would enable her to record the album in full freedom. Power revealed through vulnerability.  Nils Frahm, who plays throughout the record, also took on the role of producer.  What began as a journey ended as this wonderful record - one wherein the five musicians were able to find their place and, together, and with great warmth, tell their nine-song story. ‘Let your hands be my guide’.

"It's as a delicate whole that Let Your Hands... conveys its true gossamer beauty" 4/5 The Skinny

"a triumphant album that can't be recommended too highly" Textura

“quiet yet dynamic, understated yet powerful, and above all, a thing of beauty.” 8/10 Whisperin & Hollerin

“stories that cling to love, enchanted by its possibilities. Love, set to music, sounds like this” A Closer Listen