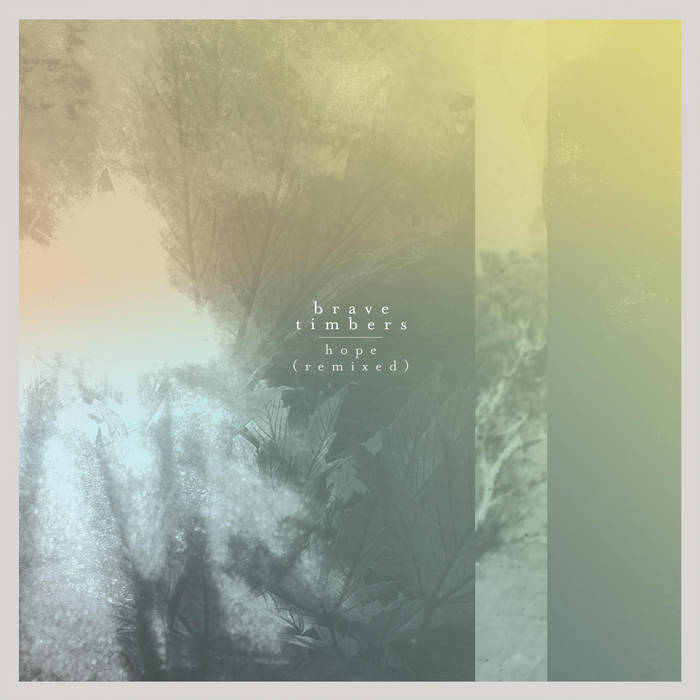 Hope is the new album by Newcastle-based Brave Timbers, originally the solo-project of multi-instrumentalist Sarah Kemp. This is their second album following 2010’s For Every Day You Lost, which quickly sold out its limited pressing.

Sarah is joined on this album by Andrew Scrogham and together they recorded Hope in a Victorian concert hall in Salford, UK. Their music has also been featured on Second Language’s Minute Papillon and Music & Migration compilations alongside Peter Broderick, Vashti Bunyan, Hauschka and Dustin O’Halloran.

Hope is a reflective, pastoral album that carefully builds its ambient landscapes. These eleven instrumental compositions demonstrate the minimal clarity of Brave Timbers, the piano and violin circling one another, creating a sense of space and terrain. There’s also dreamy timelessness within the music’s flow and weave, from Swimming in the Isar’s gauzy atmospheres to the brittle warmth of The Well Worn Path. Hope has a purity and a simplicity which Brave Timbers bathe in a golden, spectral light.