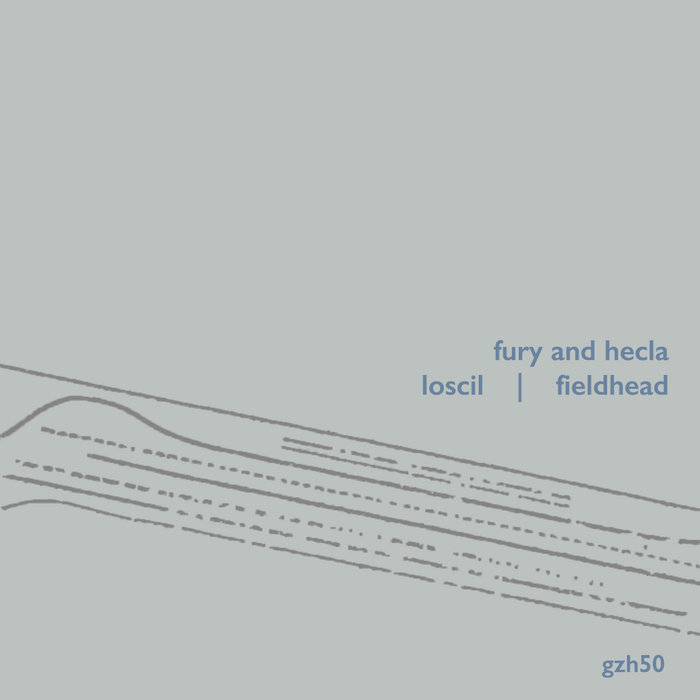 Micro Landscape of a Bathroom Sink

Fury and Hecla is a meeting of worlds. Named after a near mid-point between the residences of artists Fieldhead and Loscil, it explores both the familiar and the foreign. Although not a collaboration in the strictest sense, sounds were shared by each artist allowing for a sort of aural infusion between the compositions. The results are a series of fragments and quotes that appear and reappear - sometimes in ghostly form - throughout each artist’s tracks.

loscil’s origins come from Morgan’s combined influence and involvement with Vancouver’s indie rock scene in the 90′s, having played in several bands as a guitarist and drummer, and also from his academic studies at Simon Fraser University where he learned computer music, film sound and new music composition studying with influential electroacoustics pioneer Barry Truax.

loscil’s self-released album, A New Demonstration of Thermodynamic Tendencies, caught the ear of the Chicago independent label Kranky, who in turn signed Morgan’s project and released Triple Point in October of 2001. Since then, Morgan has gone on to release 5 additional full length albums with Kranky including the latest Sketches from New Brighton released in September of 2012. In light of loscil’s exclusive track “Umbra” on Ghostly’s 2006 compilation Idol Tryouts 2, Ghostly partnered with Morgan in 2009 for the EP Strathcona Variations. Morgan has periodically partnered with other labels for special projects including 2012′s City Hospital book report on Dublin’s WistRec and 2011′s Coast/Range/Arc on Italy’s Glacial Movements.

loscil has toured internationally and played respected festivals and events such as Mutek, New Forms, Decibel, Substrata, Wordless Music and more. In addition to his loscil duties, Morgan has played drums for acclaimed Vancouver indie-rock band Destroyer and has composed several scores for major and independent games and films.

Fieldhead is Paul Elam. He produces ambient/electronic music that delights in tape hiss, geography, bleak landscapes and decaying analogue loops. He is ably assisted by violinist and long term collaborator Elaine Reynolds (The Boats, The Declining Winter). Formed in Leeds, UK in 2008, Fieldhead released a number of EPs and the critically acclaimed album They Shook Hands for Hours (Home Assembly Music, 2009) before relocating to Vancouver, BC in 2010.

Whilst residing in Canada, Paul busied himself with remixing the likes of Epic45, Conquering Animal Sound and Brave Timbers and recording Fieldhead's second album, 'a correction'. 'a correction' was released to wide acclaim on Gizeh Records in late October 2012. The new album builds on the love of melody, brevity and dusty atmosphere to be found in previous releases, but also adds a widescreen expansiveness in keeping with the vastness of the landscape it was created in. Paul returned to the UK to take up residence in Newcastle Upon Tyne in 2012.