For Those Who Caught the Sun in Flight

by Tomorrow We Sail 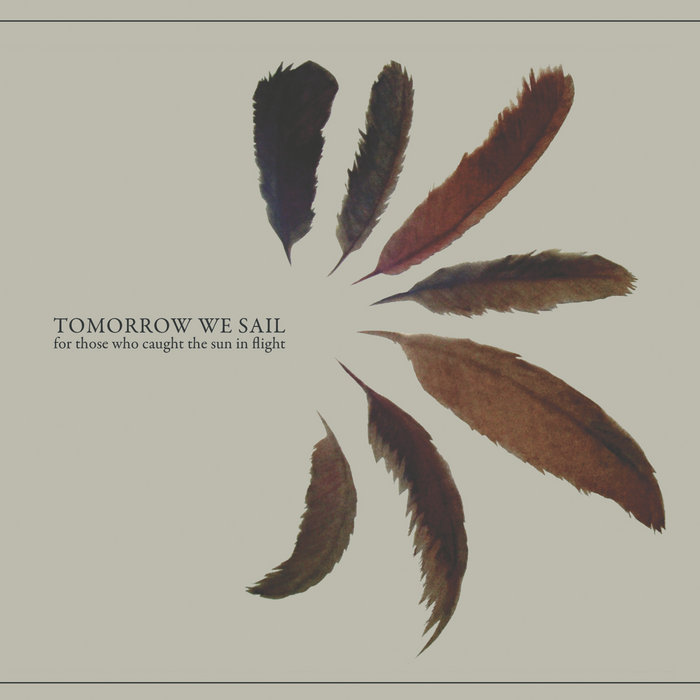 Tomorrow We Sail is a group of seven musicians based in Leeds, UK. Formed in 2009, they have spent the past four years developing their sound into what is now an impressive landscape of billowing, reverb-soaked guitars, orchestral strings, piano, organ and multi-layered group-harmony vocals. Folk, slowcore, neo-classicism, minimalism, ambient and post-rock are all apparent in the music Tomorrow We Sail create together. If you’ve ever been moved by albums like Talk Talk’s ‘Spirit Of Eden’, Sigur Ros’ ‘( )’ or Low’s ‘Secret Name’, you may find yourself falling for this music.

After self-releasing their debut EP, 'The Common Fire', in 2010 the band retreated back to their studio to further develop and refine their sound as they sought to incorporate an ever-expanding roster of instruments. With the line-up solidified, the band released two singles, 'The White Rose' in November 2011, followed by 'For Rosa' in May 2012 ahead of appearances at festivals such as Kendal Calling and Tramlines. October 2012 saw Tomorrow We Sail embark on their first tour of the UK & EU, playing headline shows and supports with bands such as Caspian, Ef and Last Harbour, culminating in an appearance at the The London International Festival of Exploratory Music at Kings Place. That Autumn the band were part of the soundtrack to the independent feature film 'Broken Roads', released in cinemas across the US and winner of Best Motion Picture at the American International Film Awards.

Now the groundwork is laid for the band’s debut full-length. ‘For Those Who Caught The Sun In Flight’ is a supremely well-realised work. The seven stately, graceful songs move in orchestrated ebbs and flows of sound, gently building an immersive group identity. The voices are sincere and affecting, and often come in pairs or groups. The words themselves are full of emotive storytelling. The central trilogy of ‘Never Goodbye’, ‘December’ and ‘Testament’ is based loosely on Vera Brittain’s writing about the lost generation after WW1, and especially her autobiography ‘Testament Of Youth’, now considered a feminist classic about women’s role in the society of the time. There’s a powerful sense of the layers of history being carefully unravelled. And, unusually for a set of long songs, not a moment is wasted. The melodies are strong, the performances assured, nothing is hurried. Tomorrow We Sail ask for your patience.

“The first “must-listen” post-rock album of 2014, and the strength of this band’s debut also puts it on the shortlist for one of the year’s top albums”
Fragile Or Possibly Extinct (Artist of the Week)

"A wholly absorbing and frankly mind-blowing total....... a dense and demanding listen, but Tomorrow We Sail are a band worth getting to know" Nine Hertz

"Nothing quite like anything you’ve ever heard before. If you even begin to imagine Sandy Denny performing ( ) by Sigur Ros at Cropredy, you will be somewhere in the general ballpark. Mesmerising" Deadly Music