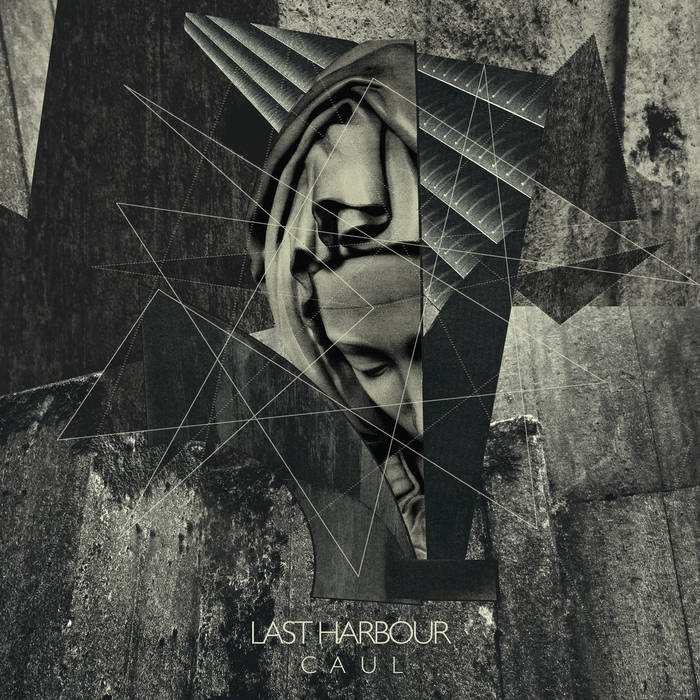 Mr B From Rennes

Caul is the new album from Last Harbour. Based in the northern English city of Manchester, Last Harbour play music that has a dark, gothic heart yet a sound that is always beautiful and transcendent. After working with producer Richard Formby (Wild Beasts, Spacemen 3, Ghostpoet) on two previous albums, the band took time out after touring to build their own studio in 2013. This new album was recorded in that self-created space over a year between 2013-4 and bears testament to a patient and detailed recording process that allowed time for experimentation and careful arrangement.

Caul contains all of the band’s trademark cinematic laments and doom-filled rock, but there is also an added layer of raw, bleak experimentation that marries ideally and simultaneously with brighter, almost joyous moments laced with vintage synths and organs. Most noticeably, Guitar Neck moves from a metronomic, semi-spoken verse to a richly orchestrated chorus
with the FX-heavy vocal of K. Craig soaring above the pulsing instrumentation. Or there’s a moment in Fracture/Fragment
where group vocals take centre stage and the record immediately takes on a deeper and wider atmosphere. The Deal is a highlight, providing a hypnotic, insistent rhythm, menacing vocal and obscured effects, leading off a trilogy of tracks which form the album’s second half, the negative image to the first half’s positive, the two sides of the same story.

Final piece The Promise is the band’s most ambitious statement of their career so far, clocking in at 13 minutes but never once
outstaying its welcome. Beginning with droning soundscapes and minimal notes before opening out into a beautiful, melodic
section which is the most accessible point on the record, it then descends to a haunting, sparse and thoroughly satisfying end. The progression on Caul, from that of its predecessor Your Heart, It Carries the Sound, is clear. There is a new focus, a need to explore, a quest to push further into the void.