An Instance of Rising / Liminoid 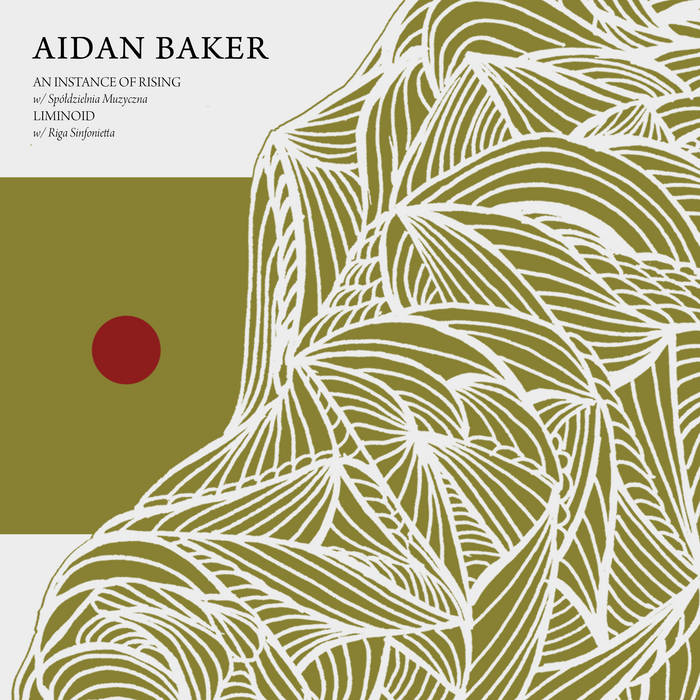 A unique release of two contemporary classical works, written by Aidan Baker and performed live by orchestras in Poland and Latvia.

ORDER CD HERE -> www.gizehrecords.com
CD is an edition of 300. Housed in a recycled card sleeve with silk-screened artwork by Death Rattle Press. Hand-numbered with a download code included.

AN INSTANCE OF RISING w/ Spółdzielnia Muzyczna
The curator of Sacrum Profanum, Krzysztof Pietraszewski, a festival in Krakow, Poland, in 2017 invited several musicians involved in the 'avant rock' music scene to compose a piece for the Spółdzielnia Muzyczna Contemporary Ensemble, with the intention of bringing an experimental rock music aesthetic to a contemporary classical setting. An Instance of Rising, is a fully notated composition for flute, clarinets, saxophone, vibraphones, electric guitar, piano, and string quartet, using something of a serialist methodology to create a rising and falling tone piece or sonic landscape.

LIMINOID w/ Riga Sinfonietta
Liminoid was originally written for and performed at a concert with Tim Hecker and Pram at The Music Gallery in Toronto, Canada in 2008, the recording of which was released on Alien8 Recordings in 2010. The piece, lyrically based around a Coptic solar incantation, partially noted with a graphic score but allowing for improvisation, was intended to combine neo-classical with post-rock elements, using the elongation of sound and layered polyphony in an attempt to create a liminal or numinous state. In 2011, Miks Magone, the curator of Zemlika Festival in the small town of Durbe, Latvia, invited Aidan to perform the piece again with members of the Riga Sinfonietta and a rock band of local Latvian musicians assembled for the performance, The Burning Kulba.